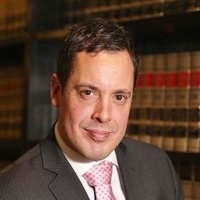 Steven S. Flores joined Rhode Island Legal Services as the Managing Attorney and Director of the Housing Law Center. Steven came to Rhode Island Legal Services from the New York City law firm of Togut, Segal & Segal LLP, where he spent years as the Partner in charge of the firm’s Litigation Group. He has extensive experience advocating for clients in Federal Courts. Steven was selected to the Super Lawyers NY Metro Area list from 2015-2018, and was also placed on the list of "Rising Stars" in 2011 for his litigation work. Prior to his time at Togut, Segal & Segal LLP, Steven worked for two international law firms, and also clerked for the Honorable F.A. Little, Jr. (retired) in the United States District Court for the Western District of Louisiana.

Steven graduated from Rutgers Law School, with honors, in 1999 and received his undergraduate degree in Sociology from the University of California at Berkeley in 1993. He has spent significant time in his career working with underrepresented clients on a pro bono basis.